James Layton is a composer, musician and visual artist based in Oslo, Norway. His work often explores non-climactic forms, which slowly unfold and focus on the juxtaposition of progression and stasis. His use of patterns, permutations and repetition aims to draw listeners into the music, while exploring ideas of time and memory. This work is often informed by his interest in visual art, particularly the works of Agnes Martin, Sol Lewitt and Bridget Riley. Among his acoustic writing, he also works with lo-fi electronics in the form of cassette tapes, guitar effects pedals, audio and video tape, creating long-form compositions and installations, often with a combination of acoustic and electronic elements.

His latest orchestral piece Focal received its premiere in London, performed by the Trinity Laban Shapeshifter Orchestra, conducted by Kwamé Ryan in February 2019. It was also performed in Ostrava, Czech Republic at the opening concert of the Ostrava New Music Days 2019 by the Ostrava New Orchestra, conducted by Petr Kotík, alongside works by Marc Sabat, Chaya Czernowin and Bernhard Lang in August 2019.

James is founder and curator of the Into the Ocean Series, an integrated recording and concert series showcasing experimental new music, primarily by emerging composers. The first project focused on music for solo viola in collaboration with violist Stephen Upshaw, with the debut online concert premiering in June 2020, featuring works by Jonathan Harvey, Marc Yeats and Benjamin Graves, and debut album Into the Ocean: The Viola released in October 2020, which includes a recording of his piece Wandering. This work was supported by the Trinity Laban Innovation Award, which he was awarded in 2019.

He is part of RGMS: a curated collective of artists focusing on experimental release, whose albums are all released under the name ‘RGMS’. ‘Members produce a wide array of exploratory musics, ranging from lush soundscapes to near barren field recordings, and controlled chaos to meditative canopies.’ Along with work on RGMS collaborative albums, James has two albums of his own which will be released in Spring 2021.

As an instrumentalist he has performed his own music and the music of his peers at venues throughout London, including St John’s Smith Square, Kings Place, Blackheath Halls, the Albany and the Cockpit Theatre.

James studied his undergraduate degree in Composition at Trinity Laban Conservatoire of Music and Dance under Sam Hayden, Paul Newland, Stephen Montague and Gwyn Pritchard, and Viola with Richard Crabtree. He was a resident at the Ostrava New Music Days 2019, attending lessons and seminars with Petr Kotík, Chaya Czernowin, Marc Sabat, Fredrick Rzewski, Klaas de Vries and Christian Wolff.
​
As of September 2020, his works are published by BabelScores.
View My Work 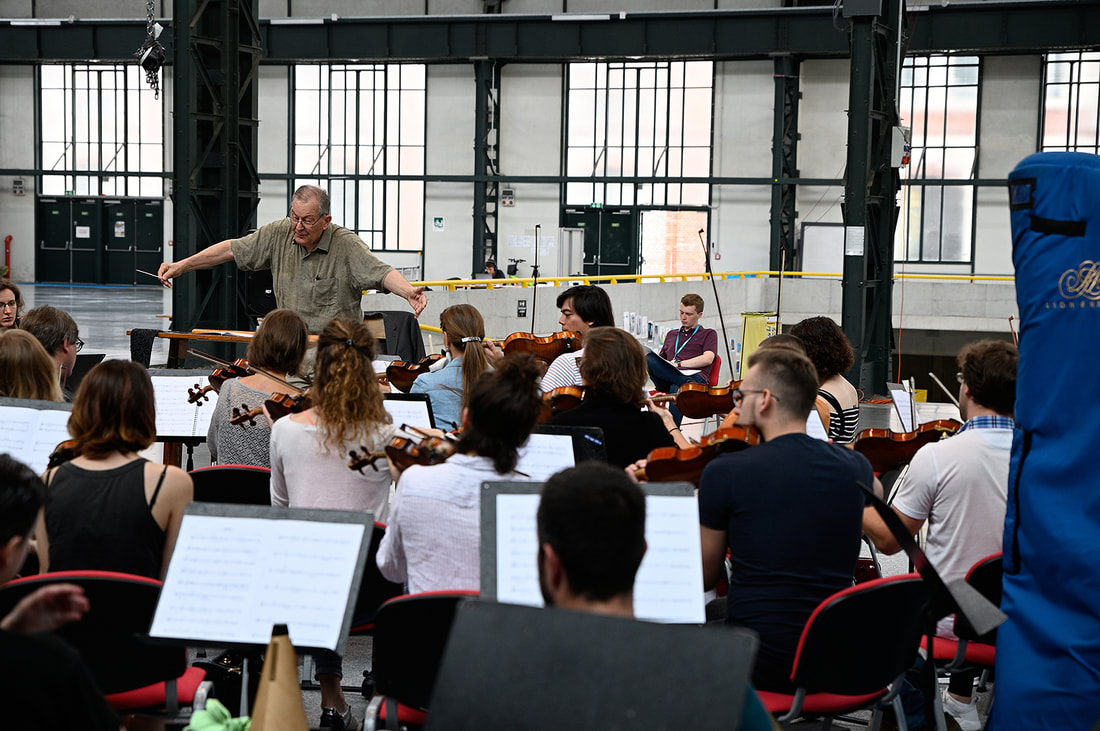